There were record crowds at Cork Racecourse Mallow over the 3 days of our Easter Festival April 19th -21st 2014, with flat, national hunt and point to point winners action on offer for seasoned racegoers and novices alike. Easter Sunday saw Mary Harris of Fermoy crowned Best Dressed Lady, winning a €1500 giftcard for Mahon Point Shopping Centre for her efforts, and while her husband Micheál was down to the last four contenders for Best Dressed Man, it was Mallow’s Oran Gyves who took the title and a €500 voucher for Barry’s Menswear Mallow.

There was plenty of excitement for the little ones as well over the 3 days with lots of free activities laid on each day for them to enjoy . 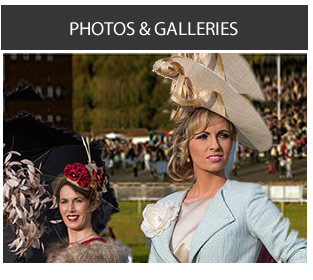